The Complexities of #MeToo 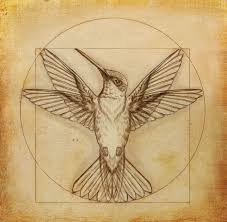 We won’t sugar-coat it: Harassment claims destroy lives – even when valid, even when vindicated. But it matters a lot to people to feel that their workplace is safe. The #MeToo movement raises deep-rooted complexities. “Men could be falsely accused of harassment or assault. Women could lose out on opportunities at work because men will be afraid to work with them. The punishment for less severe forms of sexual misconduct could be the same as for more severe offenses.” These were among women’s top concerns about the #MeToo movement in a national survey Vox conducted with the media firm Morning Consult in March of this year. These concerns were held by a majority of women surveyed — 63 percent were very or somewhat concerned about false accusations, 60 percent worried about lost professional opportunities, and 56 percent were worried about perpetrators getting the same punishment for different misdeeds.
Read full article here.

Pressures leading to the #MeToo movement in October 2017 were mounting for years (probably decades), beginning with the feminist movement in the ’60s, which raised the consciousness in which women shared experiences of sexual assault and harassment – i.e. the first “MeToo.” We also have key legal and cultural precedents, notably the 1986 U.S. Supreme Court case Meritor Savings Bank v. Vinson, and the high-profile 1991 Senate confirmation hearing of U.S. Supreme Court nominee Clarence Thomas in which law professor Anita Hill testified that Thomas sexually harassed her in the workplace.

The point is that #MeToo isn’t new and didn’t develop as the latest social justice trend. Social movements like #MeToo are usually rooted in deep structural marginalization over time, until the “dam” finally breaks – at which point, players in the present moment pay the price for the many years of inequity and mistreatment. The results can be disproportionate and sometimes misplaced. At Pactum Factum, we have also seen situations where a harassment allegation in the workplace is used a sword rather than a shield (e.g. an under performing employee’s anticipation of an upcoming performance evaluation or adverse action; or other ulterior motive). The notion that “a person wouldn’t come forward and put themselves through the unpleasantness of vetting such a claim unless it were true” does not necessarily hold. But the idea behind the #MeToo movement’s subtitle, “Believe Women,” is that every claim should be thoughtfully heard and thoroughly investigated. A moral and practical balance must be struck when navigating the multiple states of Unknown that confront anyone entrusted to investigate such claims. This is yet another reason that a proper workplace investigation is so critical when these issues arise.