The Importance of Rapport in Negotiation: Structure and Strategy 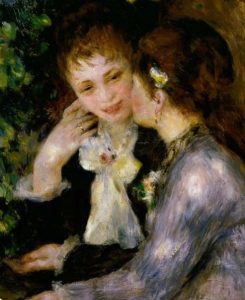 We live in a culture in the U.S. where people shy from negotiation. When “No Haggle” car purchasing policies were introduced some years ago, they were warmly received by consumers because of the dread of negotiating (though these policies naturally yield disproportionate economic benefit for the car dealership over the consumer). For many, negotiation is emotionally awkward and even synonymous with “conflict.” Some even consider it gauche. In general, negotiation is regarded as a specialized superpower possessed by experts, but otherwise to be avoided whenever possible.

Perhaps some of the discomfort we have with negotiation stems from an “Us” versus “Them” win/lose paradigm, not to mention a fundamental fear of rejection (“What if they say no?” My stock answer to that is: most likely you are in no worse position than before you asked). Negotiation is like a muscle: the more you exercise it, the stronger it will be and the more you can apply it to varying situations – like the pushups that now allow you to install solar panels on your home or have more energy at the park with your family. One very effective tool to overcome the “Us” versus “Them” apprehension in negotiation is to build rapport with the other party. How do you do this and why is it important?

The How: it means adopting a genuine attitude of curiosity about other people, and slowing down the process a little. If possible, take some time in advance of the negotiation to learn what you can about that person’s background. Even if you know nothing about them, a simple, “How did you get involved with X work?” or “What brought you to this part of the country? Were you raised here?” or even the national origin of their family name . . . before jumping into the nuts and bolts of the horse trading at hand, take a few minutes to get to know them. The key here is that your focus is on learning about them, and letting them know (without so much as saying it), “I see you as a human being.” Then, pay attention to what they say in response. Smile. Show an interest. Demonstrate that you heard them with a recap: “Wow. Coming to California from the midwest seems like it was quite a culture shock. And sounds like you don’t miss the weather!” And then . . . notice if they reciprocate. Do they show an interest in you? It’s ok if they don’t, but it’s also information to keep in mind later in the negotiation.

Do: pay attention and listen (this is different from waiting quietly for your turn to talk); have a sense of humor; look for shared experiences to build upon.

Don’t: bombard them with questions and cause the person to feel interrogated. This has the opposite impact of creating trust.

The Why: Genuinely connecting with another person satisfies a basic need for people to feel that they belong. In fact, people have a stronger need to belong than they do to be “right” factually. When you show an interest in someone else’s life, attitudes, interests it is a validating and satisfying moment for them, not to mention the dopamine the brain secrets because someone is paying attention to them (much better than the dopamine “hit” through the pings supplied by social media, because it’s in the flesh!). Not only does building rapport humanize a negotiation and alleviate some of the defensive posturing characteristic of many negotiations, but it also provides a baseline of behavior for that person. That is, in a more/less relaxed state of mind while talking about a topic that is comfortable and easy for them, what was their tone of voice, volume and vocal pacing? Do they tend to gesture a lot with their hands and body? Do they stop to pause and think? Do they smile? Baseline behaviors when an individual’s defenses aren’t peaked provides a basis for comparison later in the negotiation when their words and actions deviate from the baseline. You may not know the meaning of the deviation, but noticing it may be enough to inform you it’s time for a break and to regroup.

As humans, we have a basic need to connect. We *think* we get that through screens and asynchronous moments: Skype, FaceTime, Facebook, Instagram, Twitter. But it’s an illusion. Minimal effort, knowledge or preparation are required to advance that extra step in attempting to establish rapport – and you concede nothing by doing so.