The Law of Conformity – Conflict Lessons from 2021 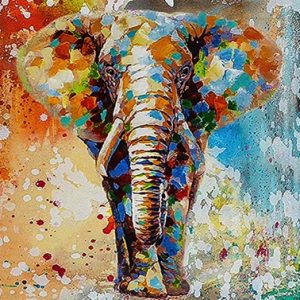 2021 has been a difficult year for dispute resolution, human behavior and psychology, mediation, and for me personally. Toxic polarization on a national level was fractal within our local communities. The politicization of the Covid vaccine, cancel culture, a movement to mistrust our voting system, all opinions represented as incontrovertible fact . . . we have witnessed amygdala hijack and galvanization at a national level that is playing out in our own back yards. I am known for reminding people, at some point during a mediation, that if our rearview mirror were as big as our windshield, we’d never get anywhere. That is, when people stay stuck in the past, it’s impossible to heal from conflict and move on with life in a new, positive direction. Mediators, in general, are forward thinking and part of our job is to influence the parties to adopt a forward thinking approach – after a healthy space is permitted for sharing each story (no, not two sides to the same story: two different stories) and validating perspectives and feelings. And then it’s time to get to the business of moving on. But this year, I have noticed a marked difference in people’s willingness and ability to move on. It’s as if they insist on remaining in that wounded, alienated space. I will even admit this has caused me to suffer a crises of confidence in my considerable legal and mediation skills of 24 years. “Maybe I’m not good at this anymore,” I started to wonder.

In the meantime, this year found me occupying a volunteer board of directors role that I mistakenly interpreted as community service when I agreed to take it on in late 2020. More that that, I was seduced by a Siren’s call of being “just” the right person that was “needed” at “just” that moment in time. Instead, it turned out to be a highly politicized environment of deeply rooted sexism and bullying. I was absolutely convinced that my training in the behavioral sciences and experience as a mediator (not to mention unflagging optimism) could turn around a toxic situation and reshape behaviors. So I tried harder. But in trying harder, what I failed to see is that the Law of Conformity was taking hold and I was becoming more entrenched with the bullies. The more I stood up to them, the more I was perceived as one of them. By the time I realized this dynamic, it was too late. My heart had been crushed and my reputation (and relationships) tarnished in the process. How did I fail to read the room and calibrate my approach? I was like that determined ant marching purposefully North on a mission of equity, diversity and inclusiveness, but unaware that each footfall tread on the back of an elephant heading South. Reflecting back now on a year of lackluster peace-making in mediations and the 95 percent rule causing my altruistic efforts in a volunteer position to be wildly misunderstood, more questions cropped up for me:

Why do conflicts erupt so easily and take over people?
Why are some people more open to others?
Why do facts matter so little in conflicts?

According to social psychologist Mari Fitzduff, our “wars” today appeal to instincts and savage emotions, not rationality. They are about identity, inequality and exclusions. We have feelings and instincts to serve our survival as human beings, through (1) DNA, (2) hormones (dopamine, serotonin, oxytocin, adrenaline, testosterone) and (3) environment (see 95 percent rule, above). In fact, Fitzduff discusses a gene variant called the DRD4-7R which affects dopamine – people with it are more likely to be open-minded and to enjoy pleasure from variety, novelty and diversity. fMRI scans* show how variances in biology and genetics influence differences in attitudes and beliefs: conservatives have larger amygdala structures (that is, the emotions / fear center of the brain) and higher startle responses (as shown in fMRI) than liberals; they are more likely to support capital punishment, stricter immigrant controls, more military spending. People at the lower amygdala end are happier in general (and experience less startle response).

Brains differ on a continuum in responding to new information, uncertainty, fear, and strangers. Biologically, humans have evolved for cooperation – but only for some people (in-group versus out-group – testosterone and oxytocin – the same hormones that warriors had: increase sense of belonging and reduce fear. They also promote ethnocentric behavior and increase suspicion and rejection of others outside the tribe. Oxytocin binds us, but also blinds us). Fitzduff opines that the need to belong is a major driver of war. Most people need to belong more than they need to be right. When beliefs are contradicted, fMRI showed an increase in emotion (amygdala response), but no increase in cortex reasoning. When people are in conflict, they like things to be simple and it is more likely that nuanced categories of people get hurt ( because they are confusing). Thus, Fitzduff cautions against complexity, novelty and over-reliance on facts during conflict.

So, what are my take-aways from such a destabilizing 2021 in my personal and professional life?

(1) Choose my environment and my company carefully (consider honestly “do I belong here?” rather than falling prey to recruitment techniques); recognize that an environment will change me, not the other way around; while I am a passionate proselytizer of diverse viewpoints and believe that diversity makes us stronger, I need to choose a positive environment to support my positive agenda;
(2) Instead of being drawn into a negative mindset or peer group, be willing to walk away from a toxic situation; don’t feel obligated as a representative of “all women in leadership” or some such lofty perception of my relatively unimportant role;
(3) I am an empath, which has served me very well in my life and profession, but empathy fatigue is real; it’s time for some detachment;
(4) Other people’s opinions of me are truly none of my business;
(5) Commit to self-mastery so that when things devolves into chaos, I can retain my own equilibrium; when conflicts arise, slow down and keep things simple.

In the words of Seneca the Younger:

“The gem cannot be polished without friction, nor man perfected without trial.”

I have to believe that I will shine brighter and be a more perfect human as a result of 2021.

*a word about neuroscience and fMRI scans. Even as someone who cites consistently to brain science, I bristle at how fashionable this has become in the mainstream media. The media loves to cover new fMRI results, and the business world is hungry for the consumer brain to be decoded. Unfortunately, studies are often tiny because of the high costs of running the machine and interpreting the results and the data can be tough to interpret. A 2009 study of a salmon, for instance, showed the “fish’s brain exhibited increased activity for emotional images.” The only problem? The fish was dead.