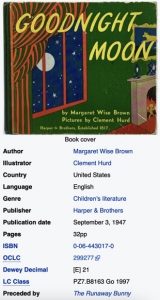 Are you the sort of person who makes a list before going to the grocery store and then only buys the items on the list while in the store? Or do you skip the list, grab some produce and staples like milk and eggs, and then browse the frozen and prepared foods sections for weekly dinner ideas? If you’re anything like me, you do both: plan something of a menu for the week and list ingredients for those recipes, but stay open to something that inspires you as you wind the shopping cart form aisle to aisle (“Oooooh. Pomegranate seeds would be nice to toss in our salads this week.”) This strikes me as a winning combination of planning and flexibility, which translates well to other facets of life: travel, parenting, group projects. It’s no different in negotiation. We covered planning in some detail in a prior issue and emphasized how important it is. It’s easy to become disoriented, emotional, confused or simply tired while in the throes of negotiating. Having that plan to anchor and re-focus you is key. And it’s that anchor that provides you the freedom and comfort to be flexible and follow your instincts in the moment. I don’t mean to convey a mixed message.

These days, we are bombarded by catchy psudo-psychology marketing phrases that encourage us to “have a growth mindset; lean in; do something that scares you everyday; get out of your comfort zone” which some interpret as skipping the stodgy planning and “just going with your gut.” At this point you may be saying, “I’m confused: should I take it easy or take it to the limit one more time?

I’m saying that the planning stage is what actually allows you to pay attention to your “gut” instincts in the negotiation and feel confident about them.

What I’m really talking about is interoception, which is defined as the internal state of the body – both conscious and unconscious. You might even call it your “Spidey Sense.” Interoception encompasses visceral signaling projected to the brain via neuropathways and typically manifests in the cardiovascular, respiratory, and gastrointestinal systems. In 2021 the NY Times Journalist Ezra Klein took a deep dive into this subject matter in an interview with science writer Annie Murhpy Paul about her new book, “The Extended Mind.” He sums up the conceit of the book as about:

“recognizing that we have the intuitive metaphor of our minds, . . . an analytical machine, a computer of sorts. And we’ve taken this broken metaphor of the mind and then built schools and workplaces and society on top of it, built the environment on top of it. And the result is that our work and school lives are littered with these productivity paradoxes. . . . It has radical implications not just for how we think about ourselves but for policy, for architecture, for our social lives, for schooling, for the economy.”

In his interview with Paul they discuss the problem with the long-standing and all too dominant analogy of our brain as a computer when, actually, it is a living organism that has evolved over time in many contexts – and mostly outside – must be understood on its own terms. Cognitive processing is just part of the information our brains supply us, while much more “thinking” is emanating from within the body and unconsciously. They talked about a study by the psychologist Antonio Damasio, which monitored the body receiving some of these unconscious processes in a pattern recognition card game that was actually fixed and how, at some point along the way, the study participants sensed which deck was “bad” and instinctively stopped drawing from it. Other studies of Wall Street traders identified those who seem to make more money when they’re more interoceptively attuned, that is better at reading their own body signals. When our nervous system is aroused, it’s feeding us information. Ignoring these sensations as simply “fear” or “anxiety” or inconsistent with “leaning in” or a “growth mindset” is no different than dismissing evidence consciously driven by the executive functioning of the brain.

So don’t dismiss it! Here at Pactum Factum we have cautioned for many years against hailing rational analysis and logical reasoning as the best or only method of making decisions or engaging with others – in negotiation, in conflict, or in the vagaries of everyday interactions. Those who can harness the powers of the mind and the body, and reference them at appropriate moments – – well, they are next level everyday superheroes. And that can be you!

If you know you’ve prepared well for a negotiation, despite all the multi-layered dynamics tumbling toward you during that negotiation, enjoy the confidence of your preparation and trust your interoception. At the very least, hit the pause button to allow yourself time to reflect. In very few circumstances do you need to be rushed into a decision. Urgency is commonly manufactured as a pressure tactic. Don’t fall for it. How many times have you been casually browsing for an item on-line and you come upon a website where, coincidentally, everything is 20% until the end of . . . that day! Oh – how lucky you happened across this website at this serendipitous moment. You had just been casually looking, but now you’d better go ahead and complete the purchase before that deal ends! You have likely been drawn into a classic sales ploy of creating scarcity of time (“Act now! This offer won’t last.”) Well, maybe and maybe not. If that coupon vanishes tomorrow, another will probably appear soon enough.

I’m going to close out this issue with a bedtime story. I promised we’d discuss art, literature, culture, music, history, and how it all relates to you honing your negotiation skills as an everyday superpower . . .

Show of hands how many of you have read (and/or read to your children) Margaret Wise Brown’s famous children’s book, Goodnight Moon?

Turns out, Margaret Wise Brown was way ahead of her time in understanding interoception. Goodnight Moon did not first appear on a public library shelf until 1972 – twenty-five years after it was first published. Why? Well, she was a prolific children’s author at a time when the expected format of children’s literature was to conform to a structured story arc with a morality message – that or a fantastical fairy tale. With Goodnight Moon, Brown soundly rejected this structure and adopted an altogether radical approach. She was fortunate enough to fall in with a dedicated group of avant-garde experimental writers in New York who would audition their draft stories with groups of children. Employing some unconventional brainstorming techniques, she observed that young children connected with an experience that engaged the senses and that included objects and characters they could relate to (not fantasy – this came in a later phase of childhood). And they didn’t care about plot. So: small animals (a bunny, a mouse), everyday objects (a comb, a brush, a lamp). These familiar objects and animals, combined with the flat, saturated, primary-hued Matisse-like illustrations of Clement Hurd, and a studied focus on the sound of the rhythmic, repetitive (almost hypnotic) words all contributed to a experience that felt just plain good in children’s bodies. It felt comforting, safe – like a cozy blankie. And it was absolutely radical at the time – you might even say seductive.

What does this have to do with negotiation or your life? Well, as I’ve preached before – – it’s all connected. We are all connected. You may be (necessarily) focused on the negotiations unfolding in your everyday life. But at the same time, throughout the centuries and continuing now, people are engaged in broader negotiations with society: challenging the status quo, asking, “does this framework still work? Is there some other approach?” Margaret Wise Brown defied many societal rules and expectations as an individual, and certainly norms in the publishing business in the 1930’s through 1950’s. Author of over a hundred manuscripts of children’s stories, she typically worked on each for a couple of years while researching and testing language on children, before she considered them complete (ah . . . interoception meets planning . . .) The different schools of thought surrounding the appropriate content of children’s literature was a stand-off that lasted decades. Hard to imagine, now that we accept Goodnight Moon – translated into at least a dozen languages – as a mainstay of a child’s bookshelf.

As I draw this issue to a close, I encourage you to sharpen your everyday negotiating superpower through planning, tuning in to your spidey-sense, and gazing beyond your own back yard to the larger negotiations we are witnessing right now as society evolves. It’s actually terribly exciting. And if all that stimulation makes it hard to fall asleep, I can recommend a good bedtime story . . .