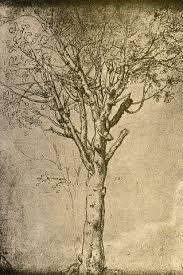 Confirmation bias is the tendency to search for or interpret information in the way that confirms one’s preexisting beliefs, leading to statistical (and strategic) errors. When people would like a certain idea to be true, they end up believing it to be true. Confirmation bias is particularly problematic because it does not allow a person’s perspective to change, even based on evidence. It enables people with opposing beliefs to dig their heels in further rather than to adapt their mindset to the surroundings.

For example, an attorney preparing for a trial will certainly conduct research into case law that supports their theory of the case so that they can persuade a judge or jury, but will be committing a risky error if only notice examples that conform to their theory of the case.  It is critical that the attorney also research cases that challenge their theory of the case so that they can prepare rebuttals and avoid being caught off guard.
Consider the person in a workplace personality conflict. Rather than talking to those people who might disabuse them of their negative impressions of the co-worker (e.g. the co-worker’s close friends and associates) they usually gripe to people most likely to agree with them. As a result, their negative impressions become amplified in an echo chamber of agreement. The chorus they hear most is, “Wow, she is awful to treat you that way.” The complainer’s blamelessness rises while the image of the adversary is demoted further in to someone really unsavory.
This is yet another area where the art of negotiation meets science. Astrophysicist Neil deGrasse Tyson will tell you the same thing: question your hypothesis. More important than proving it right, try every possible way to prove it wrong before deciding it’s right.

Related to Confirmation bias is Overconfidence Effect: this is when we systematically overestimate our knowledge and our ability to predict. Overconfidence measures the difference between what people really know and what they think they know (it turns out the experts suffer even more from the overconfidence effect than laypeople do). Studies have found that over 90% of US drivers rate themselves above average, 68% of professors consider themselves in the top 25 percent for teaching ability, and 84% of Frenchmen believe they are above-average lovers.

Take-away: In preparing for a negotiation, be proactive in seeking out information that does not conform to your preconceived notions, rather than just information that boosts your position in an effort to convince the other party. While this is terribly difficult to do, it is also a terribly important step in the preparation process.

Background on our Cognitive Traps series (not our own original research): Social and cognitive psychologists have been interested for decades in how the brain processes information and what that produces in the outside world in terms of behavior.  In the 1970’s, two psychologists from Stanford University (Daniel Kahneman and Amos Tversky) started to study aspects of decision-making: does the rational person made decisions based on innate cost-benefit economic analysis? Their work (called Prospect Theory) created a new discipline of science known as Behavioral Economics, which earned them the Nobel Prize in Economics in 2002 (Tversky had died in 1996, so technically the prize only went to Kahneman at the time it was bestowed).  According to behavioral economics, the Rational Person theory doesn’t take into account all the reasons people behave the way they do. People make decisions relative to a reference point, and that reference point is the status quo – “where I am now.” Kahneman and Tversky categorized their work into a set of common heuristics: shortcuts that the brain takes so that it can make decisions in fast-moving everyday life.  But many of these heuristics can also act as cognitive traps in a negotiation, if you aren’t aware of them. Confirmation Bias is one of them.