“A Battle Of Wits” 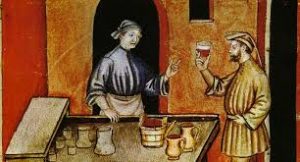 Have you ever found yourself in a dialogue, struggling to follow your interlocutor’s line of thought and wishing for some help in decoding their message? Garbled communication happens in everyday interactions, with varying degrees of consequences, the above scene depicting one that is quite extreme (and one could argue that the messaging, far from chaotic, is pathologically organized). Feeling like you’ve been pulled into a battle of wits can be confusing, tedious, and ultimately counterproductive to reaching resolution. In a negotiation, it can be particularly frustrating to sort through a cobweb of vague and disorganized messages and can lead to mistrust (which may have already been a problem from the beginning).

A mediator can be of particular help in these situations by helping to decode language, reframe declarations, and dig deeper into the needs and interests underlying murky communication. You can also learn clarifying techniques yourself, though training and regular practice.  Some quick basic tips include: