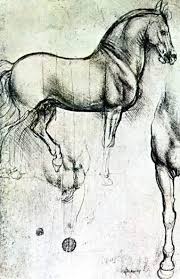 Reactive devaluation bias occurs when a proposal, business or otherwise, is devalued or seen negatively because it seems to originate from a negative or antagonistic source. For instance, a plan or idea is proposed by another employee with whom you’ve disagreed in the past. In a negotiation setting, a party may experience reactive devaluation of a proposal suggested by opposing counsel or the other party. They may dismiss the proposal or offer out of hand thinking, “if this is such a good deal for us, they wouldn’t be offering it.” This is an instance where a mediator can help parties evaluation proposals objectively.

Take-away: Be careful not to reject potentially beneficial options based on the messenger. Be disciplined in examining proposals from an objective viewpoint, and take the time you need to evaluate the idea and gain an objective perspective.

Background on our Cognitive Traps series (not our own original research): Social and cognitive psychologists have been interested for decades in how the brain processes information and what that produces in the outside world in terms of behavior.  In the 1970’s, two psychologists from Stanford University (Daniel Kahneman and Amos Tversky) started to study aspects of decision-making: does the rational person made decisions based on innate cost-benefit economic analysis? Their work (called Prospect Theory) created a new discipline of science known as Behavioral Economics, which earned them the Nobel Prize in Economics in 2002 (Tversky had died in 1996, so technically the prize only went to Kahneman at the time it was bestowed).  According to behavioral economics, the Rational Person theory doesn’t take into account all the reasons people behave the way they do. People make decisions relative to a reference point, and that reference point is the status quo – “where I am now.” Kahneman and Tversky categorized their work into a set of common heuristics: shortcuts that the brain takes so that it can make decisions in fast-moving everyday life.  But many of these heuristics can also act as cognitive traps in a negotiation, if you aren’t aware of them. Reactive Devaluation is one of them.