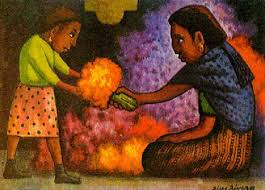 Reciprocity Effect is extremely alluring, and one of the most powerful and difficult cognitive traps to resist. It’s very simple: if someone does something for you, you’ll naturally want to do something for them.When you offer something for free, people feel a sense of indebtedness towards you.For example, researchers tested how reciprocity can increase restaurant tipping. Tips went up to 3% when diners were given an after-dinner mint. Tips went up to 20% if, while delivering the mint, the waiter paused, looked the customers in the eye, and then gave them a second mint while telling them the mint was especially for them. In another study, 11% of people were willing to donate an amount worth one day’s salary when they were given a small gift of candy while being asked for a donation, compared to 5% of those that were just asked for the donation.  Think of a recent invitation to a friend’s house for dinner where your friend insists that you need not bring anything other than yourself; it’s almost impossible to just show up at the door empty-handed without bearing some contribution, such as a bottle of wine.

Take-away: Remember the reciprocity principle the next time you prepare for a negotiation: a smart negotiator will have prepared a concession plan, understanding that if they make a concession, the Reciprocity Effect will make it almost irresistible for you to make a concession in return. Some pre-planned concessions could be decoys – that is, the other party is not truly giving up something of value. You can employ the same strategy yourself. Test the legitimacy of concessions made by the other side before Reciprocity kicks in on your part.

Background on our Cognitive Traps series (not our original research): Social and cognitive psychologists have been interested for decades in how the brain processes information and what that produces in the outside world in terms of behavior.  In the 1970’s, two psychologists from Stanford University (Daniel Kahneman and Amos Tversky) started to study aspects of decision-making: does the rational person made decisions based on innate cost-benefit economic analysis? Their work (called Prospect Theory) created a new discipline of science known as Behavioral Economics, which earned them the Nobel Prize in Economics in 2002 (Tversky had died in 1996, so technically the prize only went to Kahneman at the time it was bestowed).  According to behavioral economics, the Rational Person theory doesn’t take into account all the reasons people behave the way they do. People make decisions relative to a reference point, and that reference point is the status quo – “where I am now.” Kahneman and Tversky categorized their work into a set of common heuristics: shortcuts that the brain takes so that it can make decisions in fast-moving everyday life.  But many of these heuristics can also act as cognitive traps in a negotiation, if you aren’t aware of them. Reciprocity is one of them.’