The Handshake – A Eulogy (Now How Do We Seal The Deal?) 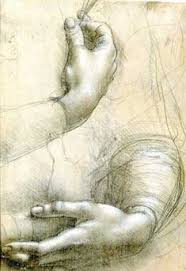 Abstract: History of the handshake, its societal and business uses, its importance in mediation and negotiation, and what lies ahead now that the handshake has become a casualty of Covid-1.

The handshake: it was our loyal and familiar anchor for millennia. It operated as a widespread social custom to forge political alliances, seal business mergers, and inform telepathic fathers about the “true” character of their daughter’s latest beau. Now rendered verboten by Covid-19, the handshake was at least 2,800 years old, as evidenced by an early limestone dais, carved in the mid-ninth century B.C.E., depicting the Assyrian king Shalmaneser III hand in hand with a Babylonian ally. Historians believe that an early purpose of the handshake was to show that you weren’t holding or concealing a weapon (the up-and-down motion would dislodge a dagger that had been hidden up a sleeve). It has also been used as a way to assert dominance and signal competitiveness. In some cultures, the handshake almost took on the role of a contract.

Throughout history and across many Western cultures, greeting each other with a handshake at the beginning of a negotiation, even if perfunctory, has been an important tool to convey the willingness to cooperate towards reaching a deal – and later to secure agreement on a point. And although a handshake alone does not offer either party sufficient protection should things go wrong (as in Neville Chamberlain’s famous handshake deal with Adolf Hitler over the ill-fated Munich Agreement in 1938), it’s efficient, it’s personal, and it gets things moving. Even before the Coronavirus pandemic, some may have already dismissed the custom as too medieval to be meaningful in the modern, digital world. But famous deals from depictions of Cleopatra to Google (and Elvis in between) would suggest that its longevity and ubiquity was no accident. Remember the 161-day NBA lockout in 2011? It was finally resolved with a handshake deal – one with billions of dollars at stake. At a deeper sub-conscious level, when people participated in the social norm of shaking hands over a deal, they were taking part in an age-old tradition that exhorted them to behave honorably.

But, alas, the Coronavirus rendered the steadfast handshake taboo, even before Shelter In Place orders were mandated. Since then, Dr. Anthony Fauci sounded the death knell in April, when he proclaimed this about our old reliable companion: “I don’t think we should ever shake hands again.”

Thus ends (or at least cryogenically hibernates) the de rigeur, millennia-old global standard for greetings and business. The void leaves us feeling, well . . . a bit empty-handed.

Beyond the handshake, other cultural customs have been abandoned (perhaps for good) as a result of the pandemic. For example, as a person of Italian descent, I greet friends and family in Italy (and Italian friends here in the States) with a quick, alternating kiss on each cheek (called a bacetto). This custom dates back to the Ancient Romans. The French embrace a similar convention harkening back to the French Revolution, when double-cheek-kissing upon greeting someone was introduced. High fives and fist bumps among teammates and colleagues as encouragement or to celebrate a “win” have similarly fallen out of fashion in our brave new world. Without these faithful “old world” social and cultural gestures to serve as punctuation marks, negotiated deals feel incomplete.

So what now? Do we place a hand over our heart as a salutation and departure to bookend our negotiations and mediations? Do we form the peace sign with our fingers? How about a “handshake” button in our widgets, which parties click for agreement, a la YCombinator? Particularly with the increased popularity of Zoom mediations (which are most likely here to stay, is there some talismanic phrase or ritual (one that inspires cooperation, connectedness and commitment, mind you) that we develop to open and close a mediation session? While I don’t have an “aha!” answer, I am confident we imaginative and resourceful humans (and especially mediators) will evolve into a new custom.

In the meantime, perhaps my Italian compatriots will bob from side to side while kissing the air from a 6-foot distance; and high-powered executives, movie producers and real estate moguls still have the backs of receipts and cocktail napkins to seal the deal (as long as they immediately wash their hands).