The Power Of Imagination 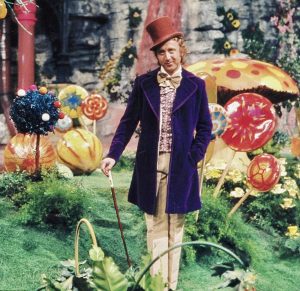 In his book SAPIENS, A Brief History of Humankind, Yuval Noah Harari affirms that the greatest differential held by Homo Sapiens in the evolutionary process is due to their imagination capacity: the ability to create fiction and believe in common myths. Harari points out that a large number of strangers may efficiently cooperate among themselves when they believe in the same myths. He proffers that such assumption applies to both the Modern State and to ancient tribes, where the shared myths exist only in the collective imagination.

Anthropologists think that for about 190,000 of our first years as Homo Sapiens we mostly used imagination to resolve disputes and solve problems. On the southeastern African savannahs, small migrating bands of hunter-gatherers sat around campfires and combined their imaginations to invent the best ways to survive. While they did not invent the fire that warmed them, cooked their food, and protected them, they did invent an impressive list of ways to use it. Around those campfires humans used their collective imaginations and their long-term relationships to survive and develop even better ways to live.

Yet, somehow modern adult humans have stifled these interaction skills that promoted our success as a species, not in small part to due three distinct industrial revolutions throughout the centuries and the technology explosion, which automates process and decision-making and purports to make everything “easier.” But these Artificial Intelligence and other digital modalities designed to “simplify” things may come at the cost of eroding the human cognitive process of imagination. After all, if a packaged solution is built in to the App, why continue thinking through alternatives? It is different in children, who frequently engage in pretend play with one another. Pretend play activities help children to adopt the role of “somebody or something”else. This modality of play is essential not only because it fires up their creativity and imagination, but also because it helps to develop critical skills such as communication, empathy, and socialization. Through this type of play activity, kids can learn different talents and attitudes. They will also become adept at expressing their feelings and build language and motion skills.

Clearly, the beliefs and the capacity for imagination were decisive for the formation and organization of human society (for both bonding and its opposite: divisiveness). In contemporary history, trust is placed on fictional constructs, such as market, economy, the dollar, institutional prestige (a word, in original French which actually means to deceive), corporations, among others, which owe their validity, efficiency and legal personality to a social consensus based on fiction. Commerce, empires and universal religion are fictions that led us to today’s globalized world (and are responsible for many wars). Individuals and groups who share a mythology or belief system become an in-group that perceives shared values and goals. They trust each other and will work collaboratively to achieve goals and solve problems.

Imagination or inventing a fiction also serves as an important tool to boost confidence, increase one’s aspirations, and willingness to even enter into a negotiation at all. Plenty of research has shown that negotiators with strong alternatives are able to secure a more satisfying agreement. But lesser-known and discussed research suggests that you don’t necessarily need to have an attractive alternative, you just need to think that you do. Mentally simulating an attractive alternative can make you a better negotiator. From the neuroscience angle, imagining a workable alternative will slow the brain’s cortisol spiking associated with feelings of helplessness in the planning stages and actual negotiation itself, thus diminishing the prospect that the brain’s executive functioning will shut down. Athletes have engaged the imagination for years as part of training and competition: using visualization techniques, they imagine in their mind’s eye the perfect trajectory (of a free-throw, an approach shot with a 9-iron to the green, a tennis serve) before performing the real thing. Vividly and specifically imagining and believing it can actually make it happen.

Why is this useful? Well, in short, imagination is an incredibly powerful evolutionary process for invention, social bonding, and problem solving. Understanding the anthropological, behavioral economic, and neuro-scientific importance of imagination; making an effort to discover other people’s beliefs and fictions with genuine curiosity (you don’t have to agree with them); and relating those beliefs to the way people make decisions can be an incredibly effective tool in negotiation and dispute resolution. As a mediator, at some point in any given mediation, I am known to pose a question to the parties that begins with “Imagine if . . .” and it is remarkable how this simple framework can free the mind and emotions from staying stuck in their own narrative and can break through perceived impasse to hatch and explore untapped possibilities.

As written (and performed) by Gene Wilder in his role as Willy Wonka in the 1971 film Willy Wonka And The Chocolate Factory: