Negotiation and The Magic of Story 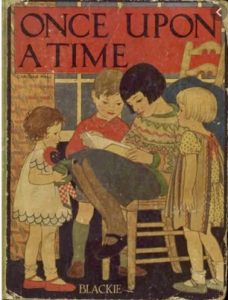 Early in my legal career I found myself in a typical settlement negotiation with opposing counsel in a case involving an employee suing for wrongful termination. We had been at the table for a couple of hours cautiously trading information, each attempting to persuade the other to see how the law (or a jury) would favor our respective clients, and why our negotiation demand was reasonable and meritorious. At one point, we seemed stuck, and, at least in my mind, it appeared as though we would leave the table that day without a deal. The other attorney, who had quite a bit more experience than I did, suddenly announced, “Let me tell you a story.” Without waiting for permission, he launched into a narrative about negotiating for a rug while on a trip visiting Istanbul. I set my pen down and settled in to hear him out. Where was he going with this? And how would the story end? He had my attention, and I always love a good story.

He unspooled his tale about how the rug merchant served him tea, and they sat and talked about their families, and how he thoughtfully looked through the inventory, pausing to ask about various rugs, with the merchant proudly explaining in detail the craftsmanship of each of them, before narrowing in on one of them, and then more tea was poured, and the haggling over price eventually developed. He recounted of how he and the rug merchant went back and forth on price for a while, until they finally reached a number that they could both agree upon. At that point, he told the merchant (about an hour into their repartee), “Yes. That is a good price. That would, indeed, be a good price for me. But, you see, this rug is actually for my son. My son is just starting out in his career and asked me to select a rug for his new home with his new bride, and he is on a less forgiving budget than I am. So, we need to reach a price that is good for my son,” and the negotiation continued “on behalf of his son.” It was actually a charming little story and we were both smiling as it drew to a close. We picked up where we left off with our own negotiation, and were able to each find more wiggle room for a deal that would work “for our clients,” even if the numbers we had reached before story-time worked for us.

What I did not understand at the time was that my more seasoned counterpart knew how to cast a storytelling “spell” to lubricate the gears of deal-making. Joshua Weiss, PhD and co-founder of the Global Negotiation Initiative recently spoke about the power of story in negotiation. – which is often more about creativity than it is about compromise. Stories are a way of assimilating creativity into a negotiation, and can be pivotal for a variety of reasons:

*Good stories create a sense of connection. When someone says, “I have a story to tell you . . . “ people are intrigued and more open to listening. They invite the listener into the story, making them more curious and open to learning – “What else might be going on here that I didn’t think about when preparing?” They can also convey complex ideas in ways that are easy to grasp.

*People are less likely to interrupt a story than they are you listing all the reasons for your demands. It also makes them wonder, “What will happen next?”

*Stories are extremely effective at building rapport and tend to reveal commonalities, which makes it much easier to transcend positions and discover underlying interests. They can also help save face when a party to the negotiation has gotten themselves in a trap with their own behavior, and can break impasse.

*Stories are disarming and nurturing – reminiscent of childhood and a parent reading a bedtime story. Importantly, they often come from an outside perspective, which can help foster trust. That is, you aren’t making it about you. Oddly, even when you are telling a story about yourself, it seems to come from someplace else.

*Stories are excellent memory aids, and easier to recall in tense moments than data.

*Stories are normative. They comfort people by reminding them that this isn’t the only time someone has dealt with this kind of a challenge. Others have figured it out, and so can we.

*Stories are hard to argue – they can’t be debated or discredited by the other side. This is important because, although you can’t change people’s minds, in a situation where the parties hold two opposing ideologies, telling a story might cause them to change their own mind.

Finally, it is worth mentioning the internal negotiation: what story are you telling yourself about the negotiation, and how might that be holding you back? Can you change your story? For example, are you telling yourself, “I have no power in this negotiation”? Examining your own story can help level power imbalance (consider the example of a single company that has the piece of very specialized equipment you need. Can you improve your alternatives in some way you have not considered and that the other party, who thinks they have a hold on you, also has not considered?). Sometimes it is worth consulting with an outside third party to check your assumptions and perspective.

The bottom line is that stories are universal. Every culture on the planet has a history of stories. Story-telling is ancient; there is no stronger connection between people. So, next time you are preparing for a negotiation (or even a difficult conversation with somebody), have a story or two in your quiver that you can share at the right moment to build rapport, ease a tense moment, break through impasse, or spur the other side’s sense of curiosity so that you are both more open to listening and learning from each other.