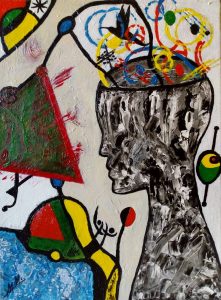 Does Shelter In Place make you feel like a prisoner? In game theory, the prisoner’s dilemma is a famous example of why two completely “rational” individuals fail to reach an equilibrium point (unless they figure out how to cooperate). It is a paradox in decision analysis demonstrating that when two individuals act in their own self-interests, they do not produce the optimal outcome. The typical prisoner’s dilemma is set up in such a way that both parties are encouraged to choose to protect themselves at the expense of the other participant.

The classic prisoner’s dilemma is set up as follows: Two suspects, A and B, are arrested by the police. The police have insufficient evidence for a conviction, and having separated both prisoners, visit each of them and offer the same deal: if one testifies for the prosecution against the other and the other remains silent, the silent accomplice receives the full 10-year sentence and the betrayer goes free. If both stay silent, the police can only give both prisoners 6 months for a minor charge. If both betray each other, they receive a 2-year sentence each. Each prisoner must make a choice – to betray the other, or to remain silent. However, neither prisoner knows for sure which choice the other prisoner will make. What will happen?

If reasoned from the perspective of the optimal outcome for the group (the two prisoners), the correct choice would be for both prisoners to cooperate with each other, as this would reduce the total jail time served by the group to one year total. Any other decision would be worse for the two prisoners considered together. When the prisoners both betray each other, each prisoner achieves a worse outcome than if they had cooperated
Prisoner’s Dilemma is also an example of a type of Nash Equilibrium, discussed in our February 2018 blog entry.

Take-away: In our quarantine situation (and in negotiations in general), we can achieve a better outcome for all parties by cooperating. This may mean surrendering options and behaviors that would especially benefit each of us individually. In life and in negotiation, ask yourself what your goal is: is it to “beat” the other side? Is it to optimize profits? Is it to build a relationship?  Consider the ultimate goal, and assess what “cooperation” means in promoting that goal, and how to communicate it.